Why I Told My Middle Schooler No To Social Media 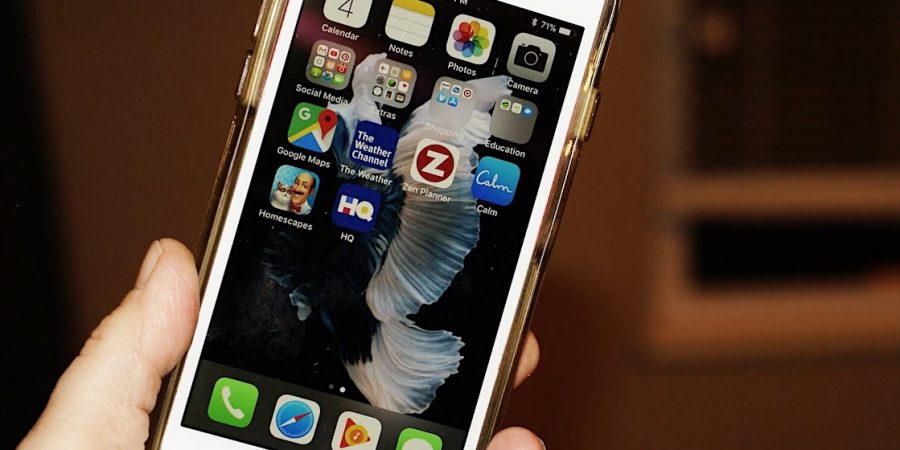 Growing up in a world where social media has been a constant, my kids know that many of the pictures I take could be posted. They know this is how we share our lives with people. It is also why I told my middle schooler no to social media.

Why We Said No To Social Media

We have reached a point in parenting my oldest  has asked about getting a social account.  To which I responded with a resounding NO.  I made one exception early on for music.ly. This app reminds me of how removed I felt when Snapchat came out.  As an adult scrutinizing the app for my child, it appeal to me as a user, but I can see the draw for kids.

In her mind, she is making fun videos to share with her friends. The reality is she is only ten. While she has got her head on straight, she is still vulnerable to outside opinions. The privacy settings we enforce are set to keep people from finding her. Great, no weird creepers. BUT there are no parental controls to block out sex videos, suicidal accounts or kids beating up other kids. Scary, I know. While we do talk about these types of videos, they are still there, readily available to her.

At ten, my daughter is excellent about asking whether she can download an app and if she is allowed to enter her name and age. Before summer, I began to worry about how much time she was spending making videos with her door closed. I knew it was for quiet and privacy while she was lip syncing, but still.

I don’t think she is being bullied or is a bully but we live in a different world than I grew up in. It is easy for kids to make fun of each other on the internet. If your child isn’t secure in who they are then it can be detrimental to their self esteem.

The Best Decision I Ever Made

Recently, she asked me to get Instagram. I shut it down immediately and explained that one social media account is MORE than enough. She knows I’m not easily swayed by the “all my friends have it” ploy so she didn’t persist.

Since I’ve began enforcing the summer of less electronics rule, my decision didn’t seem to faze her. Now, if she was able to have her phone in the morning, it would her allow more time to mindlessly scroll the feed. Before limiting screen time, sometimes she would be too busy making clips to play with friends. That’s the moment it clicked to decrease electronic usage as a family. I didn’t want to her to get sucked into FOMO on social media when she was getting offers to play in real life.

Ironically, there have been some days during the last couple weeks when she has been so occupied with friends that the phone hasn’t even left the charger.

Reminder: You Are The Parent Not The BFF

Her phone is only equipped for WiFi, so she can’t make calls or text outside the house. While in the past, I said she had to be 12 to get a phone, my opinion has shifted. Even though, she is mature for her age, it is imperative that we first get through these formidable middle school years. After that, we can revisit the phone talk.

During these middle school years, I want her to stay focused on what is happening in the present moment. It’s easy to get sucked into the mirage of social media where only the highlights are posted.

As an impressionable young girl, this is the age when thoughts can trick us into thinking that other people’s lives are better. When in fact they are dealing with the same crap as everyone else but you aren’t seeing that on social media. This is an age when these kids are looking for validation from their peers about appearance and social status. If anything, social media for tweens can have a compounded averse effect on their self esteem.

This social media block is not about shielding her from the world. Instead it will allow her to make memories with people who are right in front of her. There will come a time when she will present a really good argument as to why she should be on social media but until that happens, my answer is no. For now, I can be her sounding board for life’s questions. She can continue to see me as a positive role model helping to guide her along. Hopefully, instilling a confidence to make decisions that will inevitably point her in a direction that sings to her heart and feeds her soul.

live in the moment now with other inspired readers : rss | email | instagram | twitter
Get Outside And Play: No Devices After Dinner
Bending Screen Time Rules While On Vacation