I would only do this for him. 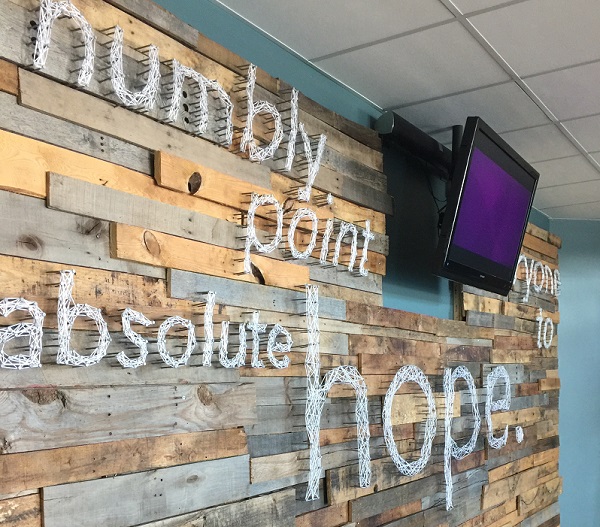 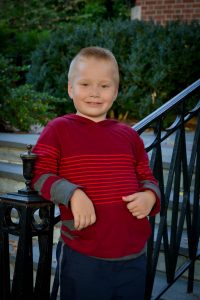 Today I did something I didn’t want to do, but I did it for Jake, my sensitive and inquisitive seven year old, who has been asking over and over to go to church. On the coldest day of the year here in Charlotte, I bundled up my three older kids and off we went. They had attended this church once before with my mom and step dad the last time they were here visiting and seemed to enjoy it.

This wasn’t one of those New Year’s resolutions I set for myself saying, “Oh, we should really go to church more in the new year cause it’s the right thing to do.” No, this was a mother allowing her son to go somewhere that he’s only really been a couple of times but heard a lot about from family members and friends that truly piqued his interest. This was a moment where I knew that I had to let him experience church first hand to see if it’s something he wants to explore, knowing full well that church is not my means to connect spiritually. For me, this was like signing him up for basketball or soccer for the first time. He didn’t really know what to expect but he was curious so I said, “Sure, let’s try this out.”

My relationship with the church has been all over the place.

When I was growing up, we went to church every Sunday morning for several hours, went to choir practice every Wednesday evening and stayed for fellowship. Sunday evenings were for youth group, my mom participated in small groups and bible studies and we both went on the mission trips. We did it all. I was the epitome of a good church going kid. Being very involved in that culture brought upon a sense of community every time we surrounded ourselves with that group of people. It was what we both needed at that time in our lives. But I wouldn’t say that I was super connected to God or religion in general.

Fast forward to college, where I took a break cause I was in a semi-rebellious, I’m going to do what I want stage and at that time I didn’t want to go to church, so I didn’t and continued on that path even after I got married. It stopped being about taking on that “rebellious” kid role and more about not knowing exactly what my beliefs were towards God, Christianity, religion, spirituality, the Universe, whatever.

For me, church was always a place where I could go and hang out with my friends. Sure, I learned lessons along the way and had some God moments, but nothing that was spiritually life changing. Church became a place to socialize or what my mom most recently called it: a country club church and while building a strong network is great for young families, this wasn’t the outlet I was looking for.

Then several years ago, I allowed myself to be open to whatever was supposed to flow into my life. I was (and still am) on a path of self-development to really dive deep into learning about me and what makes me tick. As a former, recovering people pleaser, I always chose the path of least resistance and didn’t want to ruffle any feathers especially when it came to my religious beliefs. It was at that time, that I realized organized religion wasn’t my jam. I was open to learning more about other traditions, religions, practices and took away from each of them what resonated with me.

When Jake first started asking about attending church, I blew him off and said, “Oh, we don’t go to church.” He let it go for awhile, but when he attended several times with my mom and began to ask more questions, I knew I couldn’t hold him at bay any longer. That’s when I realized that for him to grow and learn, he needs to figure out what resonates with him. By not attending church like I did as a child, he was missing information that I took for granted and that he needed in order to get his questions answered.

We talked about it and I explained to him that I would take him to church and stay the first time which I did today. I went in with an open heart and mind in order to see my view of church had changed.

As a child, I went to church because I had to. Then I went because I felt like I should. Today, I went for Jake and myself. What changed today was my clarity on my beliefs. In the past, I would sit and listen and then zone out. Today, I leaned in to the lesson, really let it soak and wrote a lot of notes down. In the service, I felt a huge weight lifted from my shoulders. A sigh of relief knowing that I get to choose to pull methods from different cultures and religions because that is what speaks to my heart and soul.

Being a mom means sometimes there is guilt but this is the one time that I won’t feel guilty for my choice. We all have a highly individualized spiritual path to go on and if Jake’s includes him wanting to experience church life then so be it. I will be there to support him and drive him there because being a mom means doing the thing for your child because you want to help them grow into good human beings.

2 thoughts on “I would only do this for him.”