My Youngest Child Could Get Away With Murder…Literally. 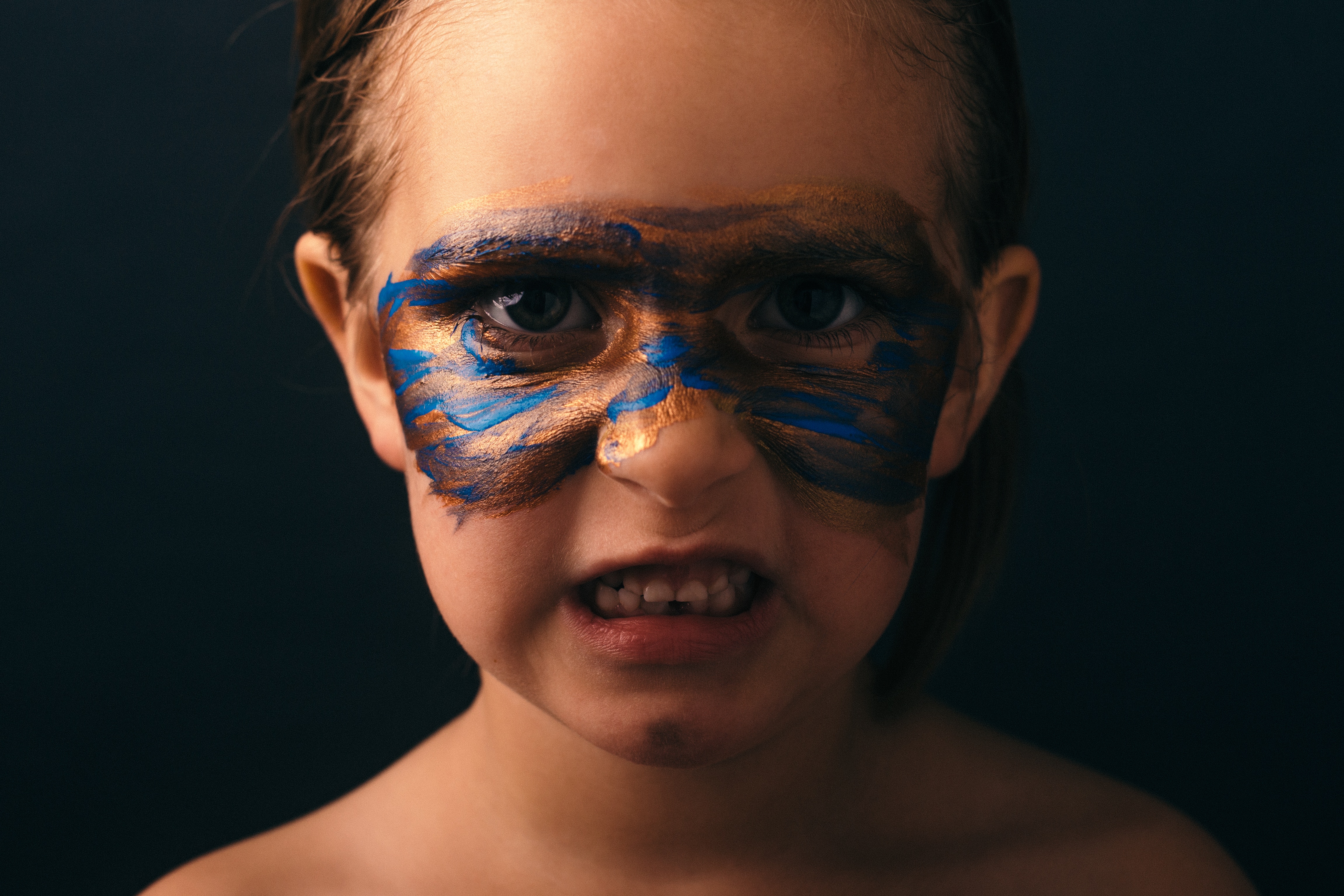 Once or twice a year, there are several things I want to watch Live on TV. The Ohio State/M*ch*g*n game ranks right there at the top. As a die hard Ohio State fan, our kids understand this and join in the fun. If they don’t want to watch the game, fine, but I’m not turning it off. There are plenty of other devices throughout our house and the main TV off limits that afternoon.

My five year old wanted nothing to do with THE GAME, but couldn’t understand why I was so enthralled. He kept badgering me about wanting to watch his show, but I explained to him how it was Mommy’s time. I said, he could either go upstairs or watch his program after mine was over.

That did not fly. After telling him no at least 20 times, this was a fight he was prepared to win. He really likes to push the boundaries in our house and this time was no exception. It begins with whining which will progress to hitting and then out come the big guns. He threatens to kill you. Seriously???? And it’s not as simple as he is going to hurt you. If he doesn’t get his way, he says he’s going to stab you with a knife. Are you kidding me right now? This is not how we act.

I’ve never had a child threaten me or any of their siblings because they didn’t get their way. Granted, he has only used this method a handful of times, but it’s very disturbing. As a mother, you try to set the best example for your kids so they don’t become serial killers. While I understand he is in a very hyperbolic stage of life, this threatening is not something I take lightly.

Still, I stay calm so I can talk him down off the ledge of insanity. I ask him who would take care of him if he killed me. He flatly says Daddy (and this coming from a bonafide Mama’s boy). Will you miss me? No.

He was very angry with me. So we spent talking through his feeling to see where the root of this threatening comes from. Then it hit me like a ton of bricks and the flood gates opened. Sure, sometimes I’ll use the fake cry technique to garner a response from my young children, but this time it was real.

The Power of Birth Order

This act of aggression devastated me to my core. As he continued with his anger, I said how sad I was that he wanted me to die. In my head, I’m thinking, where did I go wrong with his discipline? The other kids would have never done this. After I explained how sad I was and he saw the actual tears, he began crying, too. He started showing empathy and I realized I wasn’t raising a monster. Even still, I was concerned with the interaction we had that afternoon.

Let me preface this with the fact that 87% of the time he is a sweet little boy, who like us all, has his moments. It’s the outbursts of anger that make me check in with my disciplining style.

Suffice it to say that I tried a approach of discipline with him than I did with my older three. With the big kids, I was basically trying to survive each day because I had a kindergartner, preschooler, toddler and baby. So if I screamed and yelled to get my point across then so be it. There was no calming, deep breathing moments before I exploded. I was mentally and physically tired all the time.

With my youngest, I began my personal growth journey. It was finally time to start taking care of myself as a mom. I didn’t want to be the mom who yells all the time because that wasn’t who I really was. It was imperative for me to figure out how to take it down a notch and come from a rational place.

Consequences For Your Actions

Still, there is something not right with my system and needs tweaking. He is able to walk all over me and is becoming a brat about listening.  He refuses to do chores, try new foods, whines about everything because he’s the baby and he’s always gotten away with murder.

On top of the threatening at home, he started extending this out to not listening at school. And that doesn’t fly in my book. When you are with other adults, you behave by picking up after yourself and respecting your teachers.

The other day, his teacher told me how she asked him to help clean up his mess. He responded by going limp on the floor refusing to help. This is so uncharacteristic of him in a school setting.  As soon as we got in the car, we had a talk about respecting adults that are in charge at school when they ask you to help.  This first was a warning, but he is aware there will be consequences at home if he doesn’t comply. The funny thing is, on a regular basis, he does listen. But the outbursts are when I lose all control and it worries me.

Sometimes, I think it might be easier to go back to the way I used to discipline my kids but that didn’t work either. I need to find the happy medium where I can be firm but gentle. We talk a lot about different ways to deal with your anger like:

I get that he’s five but this is the time when he is molded into the adult he will become. The last thing I want is for him to act out in violence when he doesn’t get his way. He needs to deal with his feelings in a positive manner learning that sometimes people are going to do things that we don’t agree with. That doesn’t mean we hurt them or even threaten them.

I find the more he and I talk about the right way to act when we are angry, the more it starts to click with him. Will I fall back into old ways of yelling? Sometimes I lose my cool, but I apologize for my outbursts to use it as a teaching moment for everyone. There is no perfect way to discipline our children because everyone is different. The best thing you can do is to be the example for them and so them that violence is never an option.

By showing him that his actions hurt others feelings’ has proven to work. I am then able to empower him by letting him come up with a way to make that person feel better after he has caused them pain. It’s a never ending cycle of learning how to create a world for our children where they can be the bigger person and not have to resort to violence when they are mad. But it’s totally worth the consistent effort!

live in the moment now with other inspired readers : rss | email | instagram | twitter
What The Secret I’ve Been Keeping Since College Taught Me!
Who Would’ve Thought Picking Up Dog Poop Could Bring Me Such Joy?