Why It’s Important To Let My Child Self-Advocate 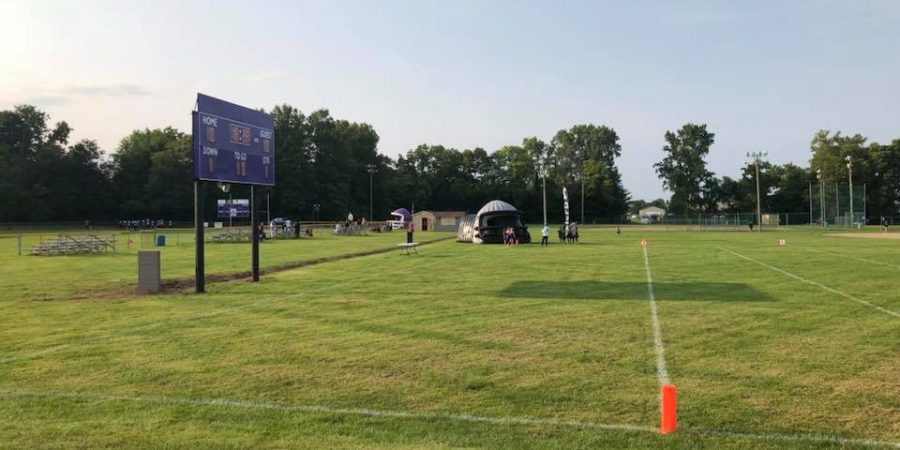 Have you ever gotten so involved with your kids’ activities that you live vicariously through them and their disappointments becomes yours? Raises own hand! The kicker is when your eyes see something negative but your kid sees it in a different light, do you respond or react?

This weekend I realized that what I think is important is completely different than what my kid thinks.

The Protective Instincts Came Out

Let me paint a picture. It was raining in sheets, we had family in town to watch my son’s football game and the conditions were less than ideal. After the rain kept coming down, our relatives made the decision to stay through the first half and then head home.

As I was watching, I saw that our son had only been in two plays during the first half. It was my understanding that every player is supposed to play at least 2 quarters a game. The way it was looking, I didn’t think he was going to play much in the second half either. I started tearing up because I was frustrated his coach was not playing him much this game.

My mama bear instincts started to fly and my blood was boiling. The more soaked I got, the madder I became. I couldn’t even enjoy watching because here I was sitting in the rain and my kid was on the sidelines for most of the game.

Even as I write this, I’m getting worked up. After the game, I thought about how I could calmly speak to his coach. I realized I wasn’t going to be able to, so my thought was to wait till the next practice.

I put on a happy face for my son after the game but asked him if he knew why he didn’t play that much. He said before the game his coach said he wasn’t going to play much. I don’t know why and neither does he.

As we kept talking, I asked, “Are you okay with not playing too much today?” He said “yeah, it’s fine. I guess I need to work on my blocking and tackles for next time.” I said, “Ok, but you need to speak up if you want to play.”

We came home, took hot showers and had some time to calm down so I could come up with a better discussion to have with his coach. Coming down off my frustration, I asked my son if he even wanted me to talk to his coach on at practice about making sure he plays more at the next game.

That’s when I realized that I cared more about his playing than he did. He has fun at his games, loves going to practice, getting to play when he can and was excited that his grandparents had come to watch him play football with his friends.

He didn’t care how much he play but was happy for the amount he did. In that moment, it hit me that he saw the good in the situation and I was only focused on the negative. The feelings that bothered me about him not playing much were not even on his radar.

This became more about me than him. Football is his activity, not mine. This is not about me rescuing him because he didn’t need to be rescued. It became a teaching moment for both of us. I guided him to self-advocate and speak up to his coach if he wants to play more. As a quiet child, this characteristic does not come easily to him.

For me, it was my opportunity to not step in every time I think my kid needs me.  I want to raise independent adults who know how to speak up for themselves. It is not my job to do their dirty work for them but instead prepare and coach them how to look out for number one.

As a parent, I know there will be times that I will need to advocate for my child. But for the most part, these types of situations present an opportunity for them to work at improving skills both on and off the field.

live in the moment now with other inspired readers : rss | email | instagram | twitter
37 Goals To Accomplish Before My 38th Birthday
Teaching Life Skills To My Kids At An Early Age